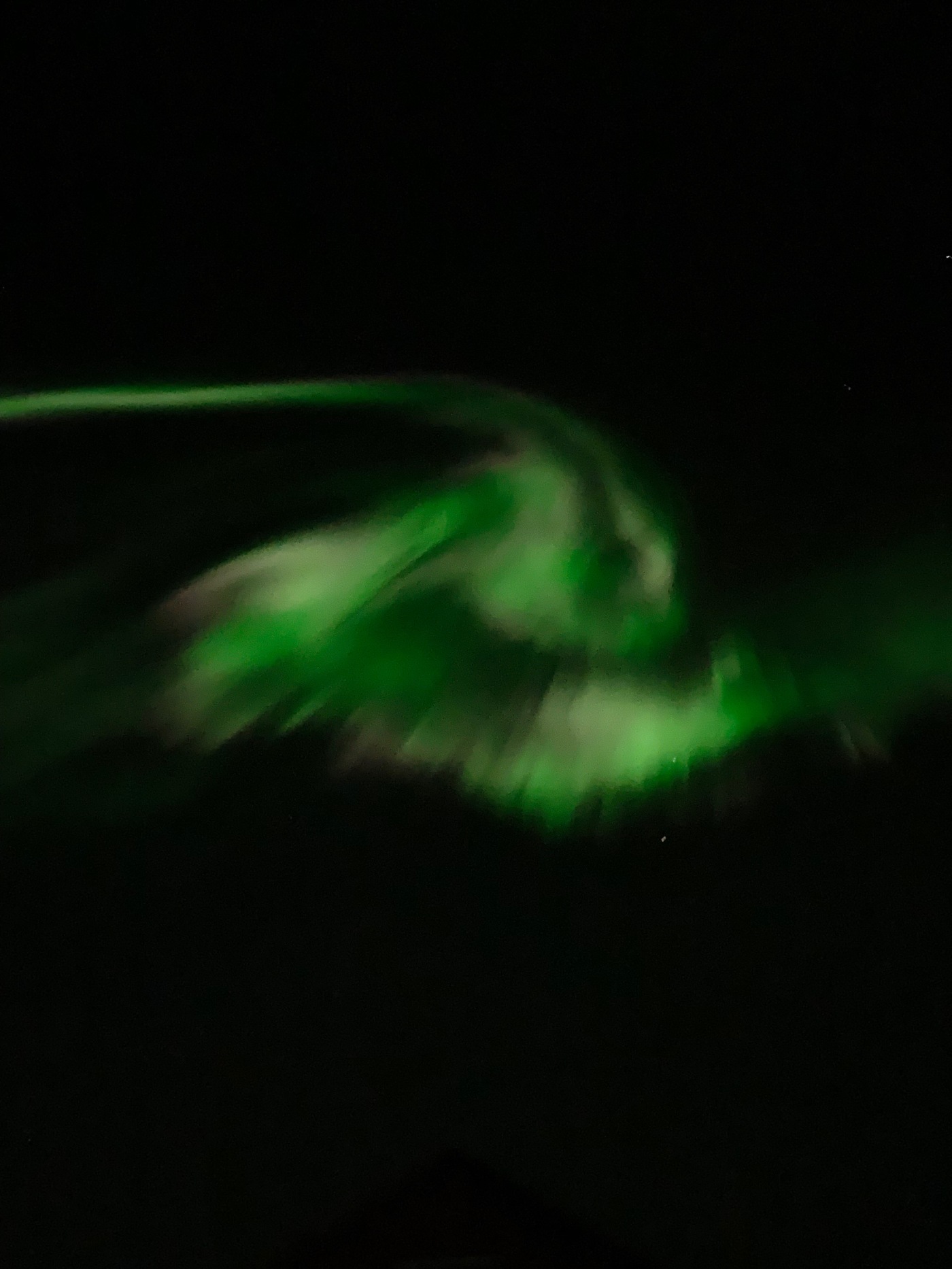 That one incident. That one hug. That one emotion…

Year 2018 was drawing to a close. Christmas had been merry and 2019 was just about 24 hours away. I was in Iceland with my family and friends. Nature was being kind. The Nordic lights lit up the skies in colours of unimaginable intensity. The dance of the lights was like music to the soul… sensed through the eyes.

I was busily packing sandwiches for the day trip (hardly a day for the sunlight remained for just about 3-4 hours) when the owner of the family stay hotel dropped in to say ‘hello’, and to get her payment. This was the only time we met her. A meeting that was strange, yet warm; touching and at the same time soul-awakening, to say the least.

As we exchanged the season’s greetings, she stepped closer – arms wide open and asked in the most innocent way, “May I hug you… Please. Just once!” I stepped closer as she enveloped me in her warm, soft arms – squeezing me gently closer into her ample bosom. Her hug was tight and gentle – very warm, very full of emotion – not in sexual or ‘I-need-human-contact’ way. Just straight-from-the heart hug that conveyed a strange bond of something akin to unconditional warmth.

Seconds later, she let go. But her eyes teared up. She went on to hug my husband and another friend. “I feel for you and your birth country,” she said. I was puzzled. She continued, “The infant was in the babyseat, but the belt wasn’t on. She died in the accident instantly. Both the brother’s wives and another one-year-old died instantly. The other two daughters are in hospital. The brothers are Indian, but I think one is from Britain… They were looking at the beautiful waterfall and drove off the cliff – six meters down… We feel for them. Indian rules are very strict and difficult to get visas for the rest of the family. But our government is trying… We feel for you,” she said, concealing a soft sob.

I was stunned at her emotions.

Stunned at the fact that the entire country felt the loss that the family of Indian descent had gone through. The fact that the government was intervening to ensure that the survivors could fly in and complete their duties of having the funeral and taking charge of those left behind… those for whom 2018 was to end in grief.

“It’s okay,” I said to the lady. “Those who have gone are perhaps in a better place – birth and death can’t be planned really… And those who survived will have to deal with the harsh reality – but time will heal them.” I hugged her again. She touched my cheek and said, “You have nice energy. You are nice.”

I felt ‘fake’. I meant what I had said to her. But my head was screaming something else. And that’s what shocked me!

“How stupid! Why didn’t they belt up properly? They must’ve just put the infant in the baby seat to stay clear of the fines they would have to pay if the child was not in the seat. They must have – as many Indians do – have the baby in the baby seat just to show the police that they are law abiding. Or kept the seat loose so that the baby could be picked up and rocked so as to avoid the “nonsensical crying” during the trip. How stupid can adults be!”

I was startled at the tenderness in this voice. The voice came from inside of me. The voice was mine. At a time when my thoughts were so harsh and angry. The voice – my own voice – jolted me into a reality that made me sit up and take a reality check.

Since when had I – an innately sensitive person – become so judgemental and harsh. When the lady was talking – she was almost in tears. Her emotion surprised me. Her description of the harrowing situation never moved me. And, the minute she left, there was no sympathy or empathy in me, no sorrow for the loss that the family felt.

Here was a woman who almost broke down feeling a sense of remorse on behalf of the beauty of the country that distracted the driving adult, stating how the country was mourning and the government was intervening to ensure that the bereaved family could come across the continents – and I? I felt nothing but anger at the “stupidity of the adults”?

Since when did I become so cold, so distant, so… judging of others? When did apathy grow within me – turning me cold and unable to feel? Or, was it something else? Did I still fear confronting the deaths of my parents – even after all these years? Did I want to block my own feelings of loss and replace them with anger and blame – emotions that were so negative?

The coldness of the country and the warmth of the people and the tiny voice in my head made me come alive again.

That night, as the Aurora Borealis started to light up the heavens, my heart made three wishes:

8 thoughts on “It made me sit up. And take charge!”